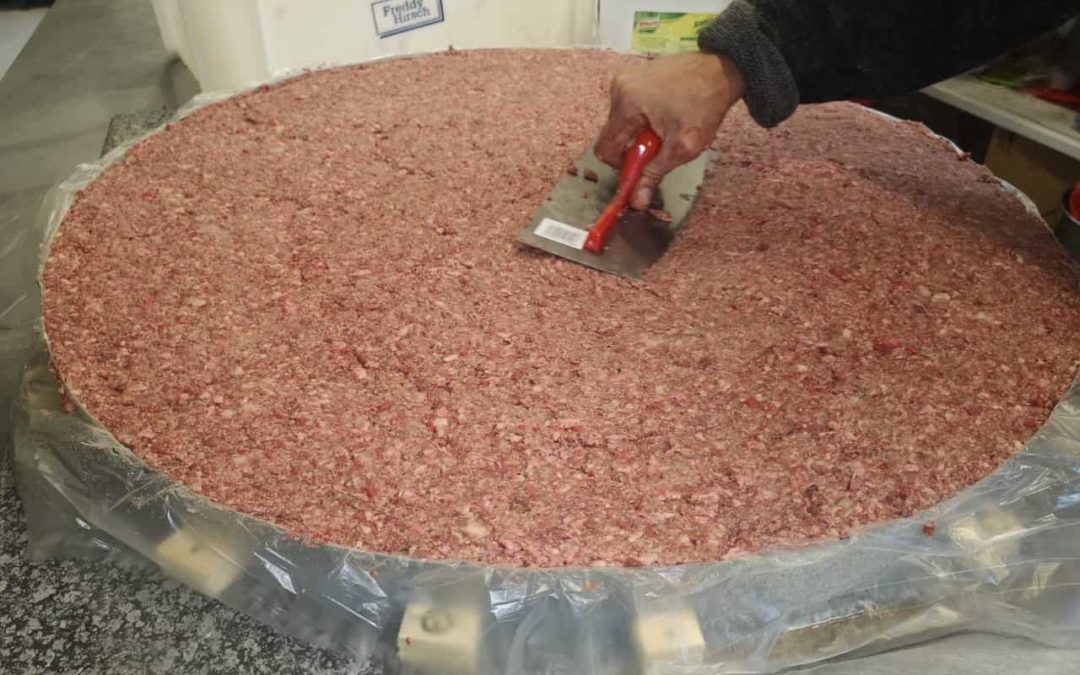 Annie’s Ladies Bar will attempt to smash the record for the biggest burger ever made in South Africa on Saturday 27 July.

Annie’s Ladies bar in Stikland, Cape Town will attempt to establish a South African record this weekend by constructing a burger weighing in at over 50 kgs.

Staff at the pub have been preparing for the record attempt all week kneading a boatload of dough to make a burger bun large enough to hold a 50kg beef patty.

The pub already has a 1kg monster burger challenge where customers can demolish a burger made with three 337g beef patties within 25 minutes. The cost is R195 if you are unable to beat the challenge but the burger is free if you can gobble up the monster in the allotted time.

There is no such challenge for the mammoth mound of meat that will be grilled on Saturday but the mood will certainly be a celebratory one.

The record attempt has seen Annie’s acquire custom-built cooking equipment to ensure they are able to cook the solid 50 kg burger patty.

The pub opens at 11:30 but the burger making festivities will get underway at around 16:00 on Saturday 27 July as part of birthday celebrations of the eponym, Annie, who turned 60 this week.

This record attempt is something of a warm-up for a proposed bid to enter the Guinness Book of World records later this year.

Another Cape Town eatery made their own attempt to enter the record books earlier this month. The Grillfather restaurant constructed a sandwich that weighed in at over 19kgs for comedian Donovan Goliath.

The Inkwenkwezi Private Game Reserve in East London lay claim to having the largest continuously reproduced burger, which is available on Wednesdays and Sundays when the eatery is open.

A number of other eateries make claims regarding the size of their burgers but they are nearly impossible to verify.

If everything goes to plan the enormous burger made at Annie’s will be comfortably the biggest burger on record as being made in South Africa.

Where is Annie’s Ladies Bar?

Annie’s is located in Unit 4 Golem Park, Willow Road Bellville close to Stikland industrial estate. If you are in the area and unsure of how to get there give them a call on 021 948 7084.